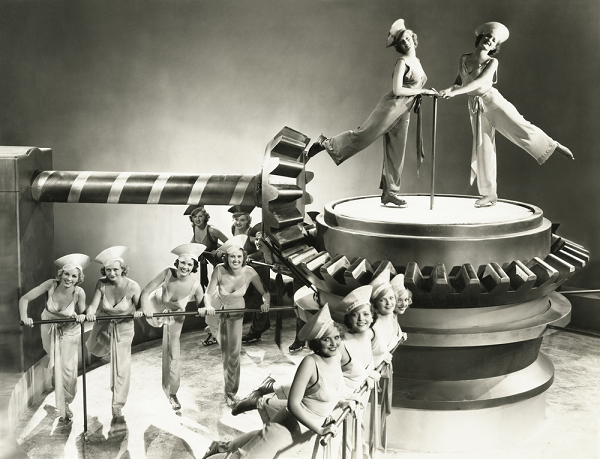 The movie musical was popular during the Great Depression

To quote one website, “Politicians often allotted Hollywood the task of “cheering Americans up” during the Depression, hoping that the entertainment industry could play a key role in distracting Americans from the horrors of the economic downfall.”

Perhaps that’s why La La Land has been so wildly popular this year. After having binge-watched most of the nominees over the past few weeks, I have to say that although La La Land was sweet, clever, unique, and sort of uplifting, it did not involve any REAL struggle, conflict, or pain — which great storytelling often contains. If I really want to watch a movie musical, I’ll revert to the Wizard of Oz or West Side Story (although I never really bought into the whole Natalie Wood as a Puerto Rican woman idea). At the risk of sounding un-American, La La Land left me cold.

As I’ve written in past blog posts (see below), storytelling via film is a great opportunity for screenwriters and directors to educate, stimulate our imaginations, and expose us to characters who are neither all good nor all bad — prompting us to think about people in our own lives.  Lion,  and Hidden Figures were both based on true stories of people fighting for identity. Fences, Arrival, Moonlight, and Manchester by the Sea all dealt with relationships and healing — with radically different story lines. And then there’s the age-old question of “What is justice anyway?” as explored by Hell or High Water. (I missed Hacksaw Ridge, but it looked pretty dark and intense.)

And yet Hollywood is going gaga this year about a movie that’s breezy, superficial, and colorful (although mostly white).  Don’t get me wrong — it was a great movie. But is it the BEST movie?

I’ll leave that to the Academy. I just hope that some of the folks who wrote, directed, and acted in the other films are acknowledged tonight. Sometimes we don’t need distraction — we need a dose of reality, provocation, and amazement!

THE MORNING AFTER UPDATE: Although much finger-pointing will ensure, an auditor’s head may roll, and two great actors may end up being age-shamed, the outcome of the Oscars (like the Super Bowl ending) was a true triumph of talent and truth. Just sayin’

For more of  movie musings: