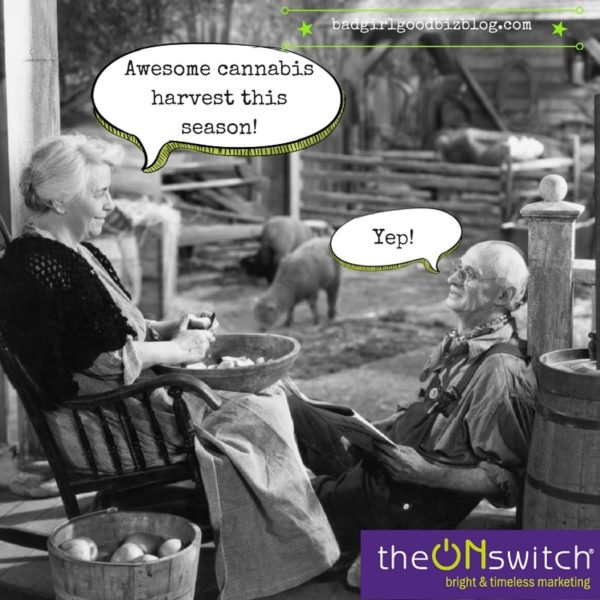 $6,700,000,000, for those of you who still haven’t wrapped your head around it and like to see big numbers. That, according to Fortune, is the estimated size of the legal cannabis industry as of 2016. The Colorado cannabis business alone has generated $486 million this year…up from the previous year and has resulted in new jobs. Recruiting firms, tour companies and marketing agencies are forming, just to service this sector.

Having just tackled the business of booze in our blog, analyzing what’s happening in the wonderful weed world seems only fitting. The difference between these vices is that the pharma industry is very involved in the latter and at least $70 million is being spent on research.

Whether or not you have ever inhaled, you should partake of these facts. Unless a Prohibition-style crackdown occurs, this business is big, growing, and here to stay.

In the 18 months since I’ve been researching and writing about the industry and attending conferences, I’ve also seen a fundamental change in how the business is being discussed. My colleagues were shocked when I initially told them that I had become something of a “canna-journalist,” but now you see suits outnumbering stoners at industry events. Who are the industry movers and shakers (as opposed to jokers and tokers)? Check out this list from Fortune. And here’s a list of some pioneers who have been profiting from the weed wave.

It has become a lucrative new career for researchers, farmers, manufacturers, and many late-life entrepreneurs, and may be a safer investment these days than certain apps.

We’ve come a long way from the “Reefer Madness” day for sure! It’s definitely more like a green rush!