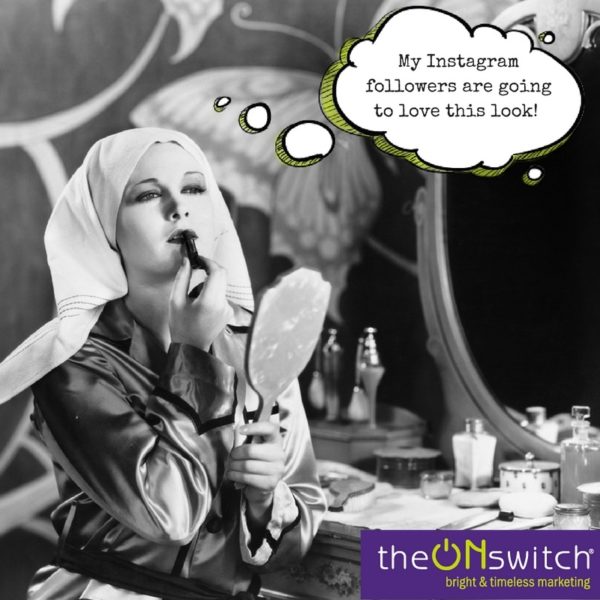 What’s on YOUR lips?

The cosmetics industry has grown to $60 billion (and climbing) and Sephora has close to 2,000 locations worldwide. The retail make-up giant is now using its Innovation Lab and next-gen technology to create “virtual cosmetic experiences.” How did this all get started?

Yesterday, our second installment in our August “Business of Fun” series dealt with business casual and the impact of how you dress at work on your productivity, credibility and career. Today, let’s move up your body and talk about what’s above your neck (as opposed to between your ears).

Ancient Sumerian men and women started painting their faces about 12,000 years ago. It wasn’t because they were heading out to root for the home team. It was a status symbol. Early lipsticks were made from gems and crushed bugs. Tasty. The Egyptians were into scented oils and used cosmetics as a means of honoring their Gods.

Fast forward to YouTube star Michelle Phan (a make-up demonstrator and entrepreneur) who, by the age of 30, has more than 8 million subscribers to her channel, 1.1 billion lifetime views, and 385 uploaded videos.

As we’ve done in every post in this series, let’s contrast what was going on in 1956 with what’s on our faces today.

Ding dong…Avon started calling in the 1950’s. Buying cosmetics from your home was a novel idea back then, and the sales force grew to 1,000 women by 1957. Big Hollywood names began endorsing make-up brands and the whole industry achieved a new level of glam. (By the way, Avon totally hit the skids at one point, but seems to be making a comeback in emerging markets.) The “mask” look (e.g., lots of heavy crap on your face) was popular in the 1950’s and the hot lip color in the 1950s was pink. In fact, one of the hottest colors of 1956 — luminous pink — has been reissued, and you can buy it online of course. Everything old is new again.

As with attire, anything goes in 2016 — however, glitter and neon and the cats eye are all making a comeback. As with all industries, technology is making a (beauty) mark. Devices can scan ones pore size and recommend personalized skin treatments. Beauty wearables will also tell you when to apply sunscreen, moisturizer, and even deodorant. Most fascinating, however, is digital fingernail technology — which can enable you to operate electronic devices using just your hands. Creepy, but sorta cool and convenient.

When I Googled “men and cosmetics,” I got 10 million hits. Men in South Korea are apparently buying a lot of make-up, according to this source. Johnny Depp popularized the whole “men with eyeliner” thing, but I don’t think it’s caught on yet with the hedge fund crowd. Here’s an interesting social experiment about a man who wore make-up for a week.

Instead of using cosmetics to appease the Gods, we’re now using it to create and reinforce our personal brands. However you put your face on these days, you clearly have lots of options!

P.S. If you are inspired by the Olympics or baseball season to paint your face or body, here are some tips — from subtle to downright Sumerian! But be sure to scrub it off before that important team meeting or job interview.

For more on the “business of fun” subscribe to our blog!