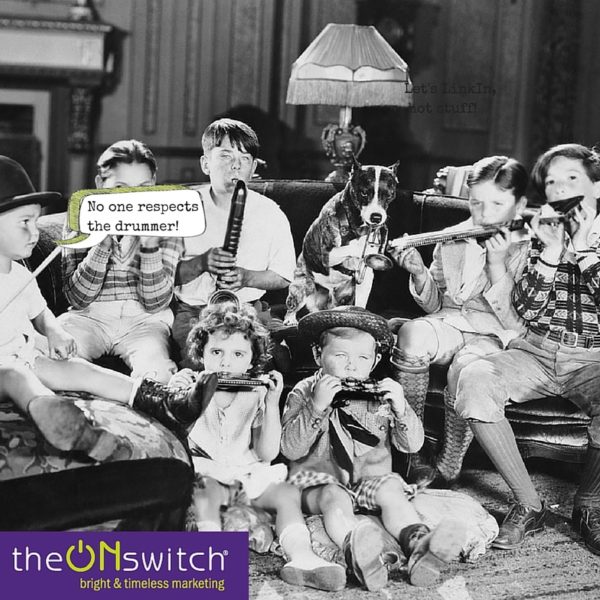 I went to the Monkees 50th reunion concert last night.

Davy Jones is gone. And Michael Nesmith was dialed-in via Skype for one song.  (Random fact: Nesmith’s  mother, a typist,  invented Liquid Paper. I came across that fact one day when researching women entrepreneurs and inventors for sheBOOM.)

So, although only 50% of the Monkees appeared on stage, I realized a few things about bands and how the dynamic is very similar to business work teams.

One of my favorite movies of all time is Almost Famous, in which a young journalist chronicles the gradual implosion of a band as they achieve fame. Bands often fall apart. (Here are the messiest band break-ups of all time.) As in many other relationships (work and otherwise), money, women, differences of creative opinion, and changing consumer tastes accelerate their demise.

I think about those business collaborators (my band mates, as it were) who I’ve known for years.  We may play out of tune at times. Our merch table has sometimes been unmanned or unsold. But I’m determined to continue to show up and take the stage with other professionals long into my 70’s and beyond. And maybe I’ll even have another hit or two.

Call me a daydream believer.

<< Woo Me…Don’t Stalk Me! (The Dark Side of Digital Connecting)
Are You the Doughnut or the Hole? (Or Maybe the Coffee?) >>