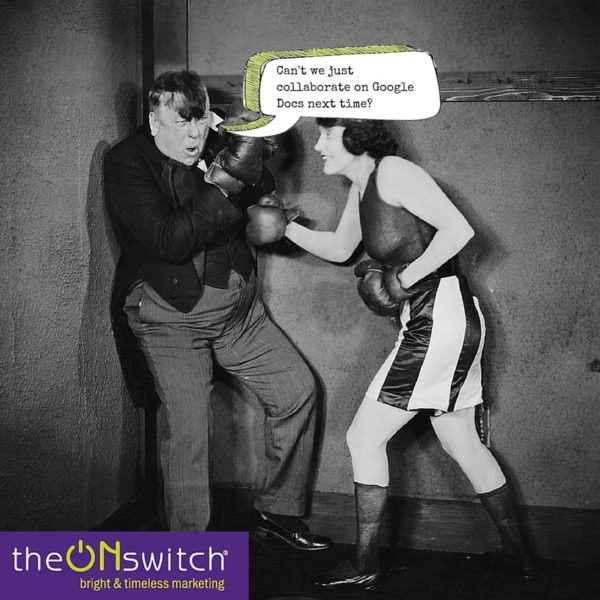 A little conflict in business (and in personal relationships) is not necessarily a bad thing.

Conflict avoidance is one of the “7 deadly sins” among CEOs, according to this Huffington Post article. In fact, avoiding conflict may simply escalate the issue and result in distrust and disengagement. This piece in Inc. agrees. It outlines six bad things that come from avoiding conflict and uses the word “fester,” which is a term and action I try to avoid in all aspects of my life (unless, of course, I’m referring to Uncle Fester, which I haven’t actually done recently…but his light bulb trick popped into my head as I was writing this).

Conflict is healthy for organizations. In fact, companies can (and should) build a certain amount of conflict into their cultures, according to experts. That doesn’t mean that employees should be issued swords and slingshots when they go through orientation. But leaders can encourage (and even reward) their team members to have opposing views. The “odd one out” can often be the innovator or truth teller.

What distinguishes healthy conflict resolution from the other kind? The “bad” kind usually entails denial of the existence of the problem, giving up rather than working toward a  solution, getting angry and placing blame, and manipulating others. I worked for one company where backstabbing and whispered conversations (including among the HR executives) was commonplace. Things got especially weird when two women at work disagreed. It was usually dubbed a “catfight” and our male leader left the conference room as quickly as his wingtips could fly. I feared going to corporate retreats because games of dodgeball turned into death matches. Not a good thing.

A weak leader will let his team members just “battle it out” or put his or her head in the sand. That doesn’t mean that leaders need to jump in at every turn to mediate sandbox squabbles, but they need to be aware of why and where conflict exists within the organization and serve as objective mediators to help the involved parties work out their differences (much like a marriage counselor does). This helpful article even scripts some specific questions a leader can ask when he needs to serve as referee in a business dispute.

Learning to “fight fair” in a conflict is an art. These seven tips are very wise. (They do not include throwing things or disappearing to the restroom for an hour in the midst of the negotiation.) I especially like the ground rules:

Here are still more handy dandy tricks for resolving business conflict. Clearly, we have no shortage of conflict in the workplace…a Google search for guidance revealed more than 144 million mentions. And leaders are estimated to spend 20-40% of their time resolving disputes. Yikes!

After writing this post, I’m determined to enter the office tomorrow with my professional love beads around my neck and a new range of mediation and conflict resolution skills. Some of them are sure to be useful in my personal life too.

Phil Knight (co-founder of Nike) summed it up when he said, “There is an immutable conflict at work in life and in business, a constant battle between peace and chaos. Neither can be mastered, but both can be influenced. How you go about that is the key to success.”

P.S: On the other hand, external conflicts (competition between business rivals) can ultimately result in innovation and price wars  — which can benefit consumers.  Here are the 50 greatest business rivalries of all time.