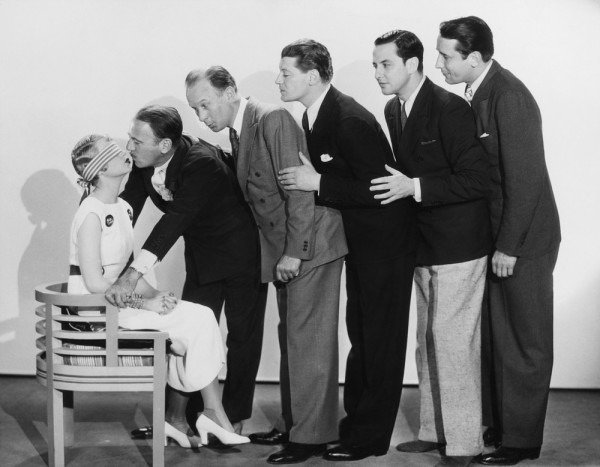 Why do you want to be LIKED, followed, endorsed, and viewed?

In this weird new digital world, you don’t have to actually DO, DISCOVER, or MAKE anything amazing to be a “media star.” You just have to be out there. In fact, a friend from my former trade show life just launched VidCon, for online video stars. (Yes…it’s really a thing.)

The other strange phenomenon in today’s media world is the proliferation of the “host.” We’ve always had hosts — Johnny Carson, Groucho Marx (“You Bet Your Life“), Bert Parks, and assorted game show hosts. But now hosting has become a profession, and you can even go to special acting classes to learn how to host.

On the bright side, anyone who aspires to be a media star, hold a mike, or sit/stand in front of a camera doesn’t need to wait around to be discovered. You can just grab a smartphone or a keyboard and create your own little Hollywood Walk of Fame. I saw this New Yorker cartoon yesterday and it made me smile. Has fame and popularity replaced talent?

Awareness doesn’t necessarily result in prosperity. Before you embark on becoming “popular” online, think about what your end game is. Are you looking for an ego feed, a revenue stream or both?

Will we eventually go back to a world of professionally-curated content? Or, is the self-driven media movement here to stay? Or, will it be some combination, where self-published and self-shot “talent” eventually get discovered while sitting on a virtual stool in a virtual Schwab’s.  I’m not quite sure. But, in the meantime, I’m continuing to blog, post, and tweet. Even if I never get discovered and get a big book deal or business reality TV show, I hope I’m at least entertaining you.