When a Millennial Fires a Boomer (Chapter 9) 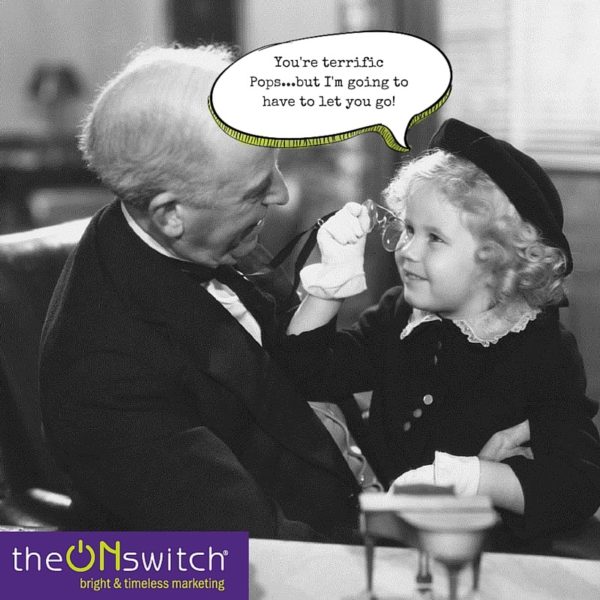 Just as I was pondering how to wrap-up the final two “chapters” in my Millennial Mania series, I spoke to a 20-something Millennial (M) business owner who told me he just had to fire a Boomer (B) employee.

We all hear lots of stories about friction between M’s and B’s in the workplace, but it usually entails B-bosses and their mutterings about the work ethnic, sense of entitlement, and fickleness of M team members.

So, this was something new and intriguing! Of course, I wanted to understand what triggered the incident. Ironically, it involved what we would have called “insubordination” in the old days. When M was out of town, B took it upon himself to make some decisions involving policy and spending without checking-in with the boss. His rationale was that he is older and wiser.

Entrepreneurs of any age are always in charge and employees/team members need to respect that. A fine line exists between collaboration/proactive behavior and mutiny.

As CEOs of our own companies (of any size and varied age/gender mix), we want to encourage independent thinking and innovation within our teams. But we also want respect for our wisdom and wallets — no matter how long we’ve lived and managed our businesses.

Communication is key. If the B employee had simply called (or texted) M and said, “I’m thinking of doing [whatever] or spending [whatever] while you’re away. Here’s why. What do you think of that?” the outcome might have been different.

What was also interesting to me is that M had limited experience managing people and letting them go. He felt genuinely guilty about his decision. I reassured him in my own Boomer/maternal/mentoring way that making touch people decisions is always a bitch (especially in a small business).

Entitlement at any age is not good. Spending the boss’ money or making up your own rules without checking in can be a fireable offense. As Millennials scale-up and hire more experienced team members, the “communication thing” will become even more of an issue. Respecting what each team member brings to the table and sharing knowledge — in an appropriate and collaborative way — is ultimately one of the secret sauce ingredients in the cross-generational workplace and will contribute to business success.

Insubordination is defined as the “intentional refusal to obey an employer’s lawful and reasonable orders.” We are living in an era where terms like “disrupt,” “hustle,” and “hack” are all part of the Millennial vernacular. So what does the term “orders” really mean these days. That will need to be defined as more young people become the bosses. They are starting to realize that rules can be important and communicating them in advance can help avoid ugly situations.

P.S. For the other Chapters in the series, please subscribe to badgirlgoodbizblog.com