The Ladies Room (Guys Allowed in Too!) 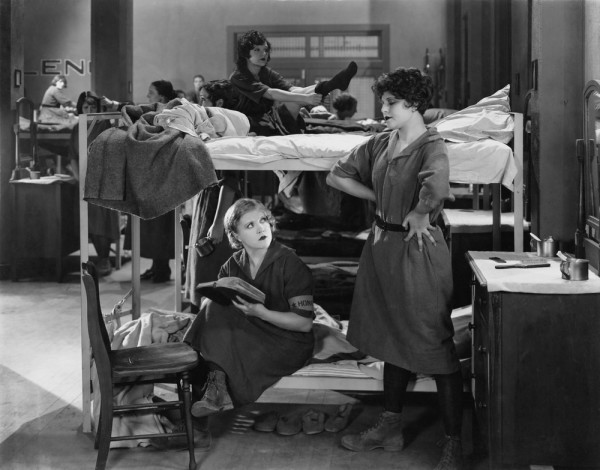 I was going to post something about the Nightclub & Bar Show, but I feel as if I’d be betraying the sisterhood if I didn’t acknowledge this “celebration.” I suppose I could post trade show models in skimpy bar attire, but I don’t think that’s the point of the day.

Women’s Day started as a Socialist holiday in 1909 and involved lots of (rightfully) angry women. Like all commemorative holidays, it has sort of evolved into an awareness-building day, a media-fest, and an awesome source of content for all us social media types. (I’m currently working on a woman-centric project  for Booker, so I’m having a field day harvesting inspirational content!)

The digital world is on fire with inspirational TED talks, Pinterest memes, and slogans. We’ve come a long way baby, but is it far enough?

This year’s theme is “Pledge for Parity.” According to the official site, “The World Economic Forum predicted in 2014 that it would take until 2095 to achieve global gender parity. Then one year later in 2015, they estimated that a slowdown in the already glacial pace of progress meant the gender gap wouldn’t close entirely until 2133.”  In some parts of the world, the situation is truly awful. We need to fix that.

Gender discrimination in the United States is still alive and well, but to quote Rogers & Hammerstein, “I enjoy being a girl.” Even a girl of 60. I don’t feel particularly abused or objectified. Sometimes people say obnoxious things to me because I’m a woman, but I now chalk it up to their being obnoxious people.

Do I think that wage and hiring discrimination still exists? Absolutely! Although my daughters have many more choices and opportunities than I did, the pay gap still exists. (In fact, since we don’t have enough commemorative days quite yet, Equal Pay Day is April 12th).

So, what can we as women do?

As you go through your day, you don’t need to burn your bra (as women did in the 1960’s). Although it would make a dramatic statement, it’s a pretty messy and smelly way to get your point across and people will be staring at your boobs rather than listening to what you’re saying.

Instead, simply share this post, speak to your daughters, interns, and the women (and men) in your life about the issues that still exist and talk about how to overcome them. Engage in the conversation — rationally and directly. And, if you’re feeling particularly bold and have been doing good work, ask for a raise. You go girls!

<< A marketing consultant/writer walked into a bar…
Thirst for Knowledge: What’s New in Nightclubs & Bars? >>