Loving Cups (How to Win Awards) 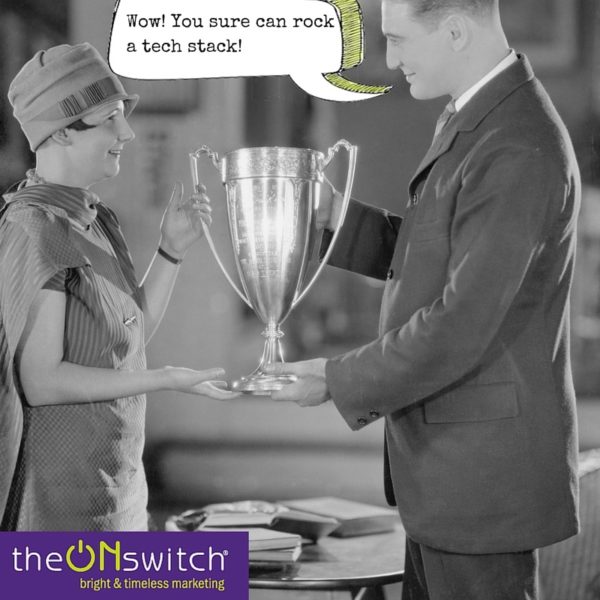 That’s what Sally Fields said when she accepted her 1984 Oscar for Places in the Heart. (See below for some  facts about the science of positive feedback.)

I won two awards this year, and it made me feel pretty damned proud (although I didn’t have an opportunity to deliver an acceptance speech). The most recent was for the new blog sheBOOM, targeted at women in service businesses. It’s called the Hermes award. (Sadly, I didn’t get a handbag…it’s not THAT Hermes…but I was thrilled anyway.) Another was for being a Constant Contact All Star. Plus, one of my pithy and witty (apparently) statements was selected to appear on a Women’s Quote-of-the-Day Calendar for 2016. From my mouth to your desktop…what a concept!

For me, the quality of awards is as important as quantity. For example, I was really jazzed about the awards I’ve won throughout my life they all related to my passion — writing and visualizing content. (And I sort of liked the fashion award too, because I got free hair and make-up that day and I could pretend I was a model.)

But enough about me. My time for an “acceptance speech” has run out and I’m being muted.

Our client Booker is heading to a marketing conference this week as nominees for two Revvie awards. They are the only company to be nominated in two categories. They also just won a Silver Stevie Award for best marketing team. (Lots of business awards seem to have short names that end in “ie.” Perhaps that’s easiest to engrave on a trophy or a lucite block.) In talking to Booker, I’ve learned a lot about the marketing award world. I also learned what DemandGen and Tech Stack mean because they won an award for that too.

Why are industry awards great, aside from the fact that they make us really proud and help decorate our offices? (I love this Mad Men episode when Don Draper shows off his Clio.)

So, how do you get one of those cool cleverly-named awards?

If you win, be sure to include and thank your co-workers and collaborators, your agency, your consultants, your loved ones, and anyone else who played a role in the work that led to victory. Although you may only get one lucite embedment, most victories would never be won without a team!

Oh…and be sure to look in a mirror, comb your hair and put on some lipstick (if you’re a woman) at the awards ceremony. And don’t drink too much, If you win, you’ll probably have your photo taken with the presenter. You’ll have the award in your hand, but you certainly don’t want to have red eyes and kale in your teeth!

<< Skorts and Snapchat: The Rise of Fashion Tech
The Uber of Nanas (Grandmotherhood Comes of Age) >>